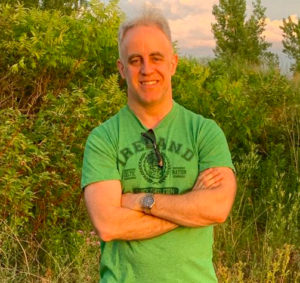 The History Department is very happy to welcome William Jenkins, who joins the History Department as an Associate Professor from York’s Geography Department. Willie has already been a member of the Graduate Programme in History and served as its Director. Willie was born in Dublin and in 2001 completed a PhD at the University of Toronto on the historical geographies of Irish immigrant settlements in Buffalo, USA, and Toronto, Canada, in the late nineteenth and early twentieth centuries. He has also published on issues of social and economic transformation in rural Ireland in the nineteenth and twentieth centuries, and more than twenty articles on his research on Ireland and the Irish diaspora in the United States and Canada have appeared in edited collections and journals such as the Journal of Urban History, Immigrants & Minorities, and the Journal of Historical Geography. In 2013, his book Between Raid and Rebellion: the Irish in Buffalo and Toronto 1867-1916 was published by McGill-Queen’s University Press and has since received awards by four scholarly bodies. His teaching interests are in North American immigration history and Irish history. He served as director of York’s History graduate program between 2012 and 2015. He is currently editing a volume of essays on Canada and the Great Irish Famine and is preparing a manuscript on the transatlantic dimensions of the famine as they relate to the evolution of Toronto between the early 1840s and early 1880s. In 2020-1, Willie will be serving as Interim Director of the City Institute at York for the 2020-2021 year.

A very warm welcome from the Department, Willie.