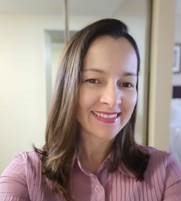 The Tubman is pleased to announce that Dr. Vanessa S. Oliveira has been appointed Assistant Professor of African History at the Royal Military College of Canada (Kingston, Ontario). Dr. Oliveira obtained her PhD in History from York University in 2016. She is a long-time member of the Harriet Tubman Institute, where she is presently a Research Associate. Her first monograph, Abolition, Gender and Slavery at Luanda, 1808-1867, under contract with the University of Wisconsin Press, is scheduled to be published in 2019. Dr. Oliveira has published articles in History in Africa, Portuguese Studies Review, African Economic History, as well as book chapters in edited volumes in Portuguese and in English. She is also co-editor, with Paul E. Lovejoy, of Slavery, Memory and Citizenship (Trenton: Africa World Press, 2016).